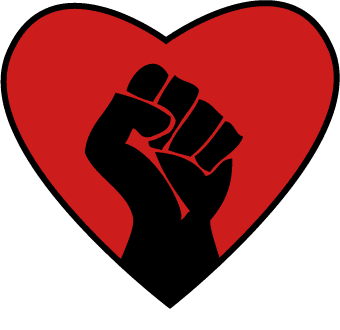 “The arc of the moral universe is long, but it bends toward justice.” –Martin Luther King, Jr., 1965.

“You have to really put your shoulder to the wheel to bend the arc of the moral universe.” –Adriana and Anita, 2016.

In the week after the election of Donald Trump as the next president of the United States, there have been a growing number of incidents of harassment and violence targeting those perceived to be immigrants, racial and religious minorities, women, and members of the LGBTQA+ community. The two of us have had various reactions to reading story after story on social media of friends and colleagues, many of them women of color, speaking of their experiences. Anita signed up for a self-defense course. Adriana’s been running and trying to get faster… and she’s been calling representatives and brewing up some collective, community actions.

One institutional action we are hoping that our college takes is to declare itself a sanctuary center. What exactly this designation means is being discussed and developed on campuses across the country, with over 80 schools (see map) developing and signing petitions asking their institutional leaders to become sanctuary campuses. While the expectations of a “sanctuary center” are being defined through this process of collective action and institutional response,  this essay by colleagues at Pomona provides a great, succinct history of the practice of sanctuary. They describe the role of colleges in assuring “the community and the outside world that that we will protect undocumented students and staff along with Muslim, Middle Eastern/North African and South Asian international staff, faculty, and students.  We have to insure that we remain an open educational community for all, particularly those who have been targeted in recent months.”

This goal–understood as a moral and ethical one–might look different at different colleges.

A petition being circulated at De Paul University argues for the following:

— Take steps to protect the visa status and funding of international students;

— Refuse to comply with federal authorities regarding deportations or immigration raids

In the article linked above, in comparison, they ask the institution to “refuse to cooperate with immoral laws, executive orders, police demands, or judicial decisions that target these members of our community.”

As we circulated among faculty and staff a letter addressed to our college president asking him to consider declaring the college a sanctuary center, there were questions from our colleagues about whether it was effective or desirable to make such a request. There were concerns, for example, that this kind of move would be merely symbolic–that in the end, there won’t be anything the institution can do to protect undocumented community members from being deported. There were concerns that supporting such a letter publicly might put people’s jobs in jeopardy and, in some cases, people’s or family members’ already precarious immigration status in jeopardy. The process of organizing a response on campus became an occasion for us to reflect on why we decided that we could go more public with our request to the college.

In the end, after circulating our letter for about 72 hours, we had 159 signatories.

We don’t know yet what will happen. When you start collective actions, after all, there’s no guarantee that you’ll get the response you want or need or even that you’ll get any response at all. We act because acting is better than staying silent.

“It may well be that we will have to repent in this generation. Not merely for the vitriolic words and the violent actions of the bad people, but for the appalling silence and indifference of the good people who sit around and say, “Wait on time.”” –Martin Luther King, Jr. 1968.

“If you stand for nothing, Burr, what will you fall for?” –Lin Manuel Miranda’s Hamilton, 2015.

Addendum: After writing this post, we and other cosigners received an email from the President outlining actions the College will be taking to protect our DACA students; these commitments are not being made public at the moment, but we are hopeful that these steps will move us forward.

6 thoughts on “The Week After”