Note: This guest post by the Auntylectuals asks scholars in their field–South Asian religions–to reimagine what it means to be an anti-racist scholar. While their call is to a specific academic community, we think that there is much to be learned from their post as all of us reimagine our teaching and research to become more anti-racist. You can contact the group at auntylectuals@gmail.com and find them on Twitter @auntylectuals. Take it away, Auntylectuals!

In response to recent horrific acts of murder and police brutality against Black people, we have seen a new interest in racism arise in the field of South Asian religions. On listservs, pedagogy forums, and elsewhere, colleagues have made some excellent suggestions of reading lists, films, and resources on racism. But this relatively new attention to race among scholars of South Asian religions also arouses some concern and frustration. There is something important missing from the well-intentioned conversations about racism and anti-Blackness that now pervade a small corner of our field. What is absent is deep self-reflection on the ways that white supremacy and anti-Blackness have determined who participates in our discipline and our institutions, and how racism factors into the ongoing power-dynamics and orientation of our work. The elephant in the room, virtual or otherwise, is that a large portion of our field is still made up of white scholars of Christian background, as well as South Asians who can leverage the privileges of caste, gender, and race. Our field is embedded in complex histories that cannot be disentangled from racist endeavors and agendas.

In their recent “Down With Brown” post, Anita and Adriana have suggested that confronting our complicity and the ways racism permeates our work requires “changing our imaginations.” This includes revisioning how we position our scholarship. Rather than researching and writing in silos, what this moment and what being anti-racist require of us is reimagining the boundaries of our disciplines, seeing the intersections between various fields and their relationship to forms of power. As we reimagine, we hope to unearth and undermine racism, ultimately rebuilding our discipline.

As feminist critical race scholars of religion who are also racialized academics, we are reflecting on our relationship to the study of South Asian religions. We have been informed by and continue to learn from the work of Black feminist scholars like Kimberlé Crenshaw, Angela Davis, Roxanne Gay, and Brittney Cooper, who have been engaging with and thinking through questions of race for decades. In 2018, after more than a year of exploratory discussions, we founded the seminar in Intersectional Hindu Studies within the American Academy of Religion, which is a collaborative five-year seminar with eleven other racialized scholars of Hindu studies. We see our work as being in conversation with similar interventions in Religious Studies and other fields that are challenging white supremacy in academia and beyond. Working from a feminist framework of collective labor and collaboration, we have carved out spaces for us to study and support each other. We have worked to create places for researchers of color in our field to talk about their experiences of marginalization and privilege, and to identify ways in which we have been complicit in the racist structures of academia.

We agree wholeheartedly that we should integrate gender and race into our classes and research, but a reading list is not enough. Developing bibliographies is not new to academia; it is the bread and butter of our fields. But reading some new books cannot be confused with making personal or structural changes. In order to avoid the additive model, where we just augment our study of religion with readings on race, we must reflect back on how our discipline emerged as part of the colonial project that gave rise to categories of religion and race simultaneously. The formation of our discipline is predicated on white supremacy, brahminical supremacy, and hetero-patriarchy. Thus, racism, anti-Blackness, sexism, casteism, Islamophobia, and orientalism inherently inform the scholarship on and pedagogy of South Asian religions.

As South Asian savarna (with caste) women, this reflection requires us to examine our own positionalities. We are aware that being perceived as “model minorities” shields us from the brutal violence that is so painfully common for Black people, granting us conditional privilege in the hallowed halls of academia. We also recognize that this model minority status is rooted in anti-Black racism. We need to look no further than United States v. Bhagat Singh Thind, 261 U.S. 204 (1923) to see how South Asians have leveraged race and caste in paving the road to conditional acceptance and citizenship in the US. Thind’s lawyers argued that “the High-class Hindu regards the aboriginal Indian Mongoloid in the same manner as the American regards the negro, speaking from a matrimonial standpoint” explaining further that “[it] would be just as disgraceful for a high-class Hindu to marry a member of one of the lower caste as it would be for an American gentlemen to marry a member of the negro race.” Claiming that he was a member of the Aryan race, Thind invoked racial and religious purity narratives that undergird white (and brahmanical) supremacy by invoking white and upper-caste anxiety around miscegenation. Savarna South Asians in North America continue to participate in racist and casteist systems required to maintain our precarious privilege.

As scholars of South Asian religions, we know that a tremendous amount of training is required to translate a Sanskrit or Tamil text, interpret a ritual practice, or conduct ethnographic research in India or Trinidad. That same kind of specialization is required to bring critical race theory, gender, and sexuality studies into our classrooms and our research. It is not uncommon for people to presume that simply because they are personally and politically committed to addressing issues of racial injustice, or other forms of marginalization, that they are prepared enough to raise these issues in classrooms.

In no way do we wish to discourage people from working on these issues, but we ask that our colleagues proceed with care and caution. Critical Race Feminist Theory asks that we don’t just announce our positionality and situate ourselves with respect to our work and teaching; it demands that we engage in acts of critical self-reflection and scrutiny. It necessitates that we continually interrogate our positionality with respect to race, religion, caste, class, gender and sexuality as we take action. We are all complicit in forms of white supremacy, and recognizing that is difficult and uncomfortable.

Ibram X. Kendi invites us to think about antiracism as an active, intentional and ongoing action: “The heartbeat of racism is denial, is consistently saying, ‘I am not racist,’ while the heartbeat of antiracism is confession, self-reflection, and seeking to grow change.”

The road to becoming anti-racist scholars requires an examination of whiteness and white supremacy in a transnational frame. Simply adding comparisons between caste in India and anti-blackness in the US may create the semblance of awareness, yet it does not do the work of anti-racism. It is imperative to do the labour of reflecting on how access to privilege has served, even unintentionally, to capitalize on and reinforce anti-Black racism in our classrooms, research, and institutions. One of the many ways that anti-Black racism is apparent is the near absence of Black scholars and students in our field, which is otherwise dominated by white and savarna South Asian scholars.

The anti-racist work we are asking you to do may begin with a reading list or bibliography, but it may not be the one that was generated by people who are already in power. How can a discipline that still follows colonial parameters of knowledge production suddenly become aware enough to reorient the field and become anti-racist? In the oft quoted words of Audre Lorde, “For the master’s tools will never dismantle the master’s house. They may allow us to temporarily beat him at his own game, but they will never enable us to bring about genuine change.”

We ask our colleagues who are committed to challenging racism to resist simply adding race to a section of your course or designing a course on race and caste in South Asian religions, but to begin with serious study and self-reflection about the content of our courses, the nature of our research, and the state of our discipline and institutions. These first steps are critical since they reveal how white supremacy and anti-Black racism operate in every component of our society. It is a collective responsibility to do this labor and to unlearn the violence of white supremacy. We ask you to join us in this work. 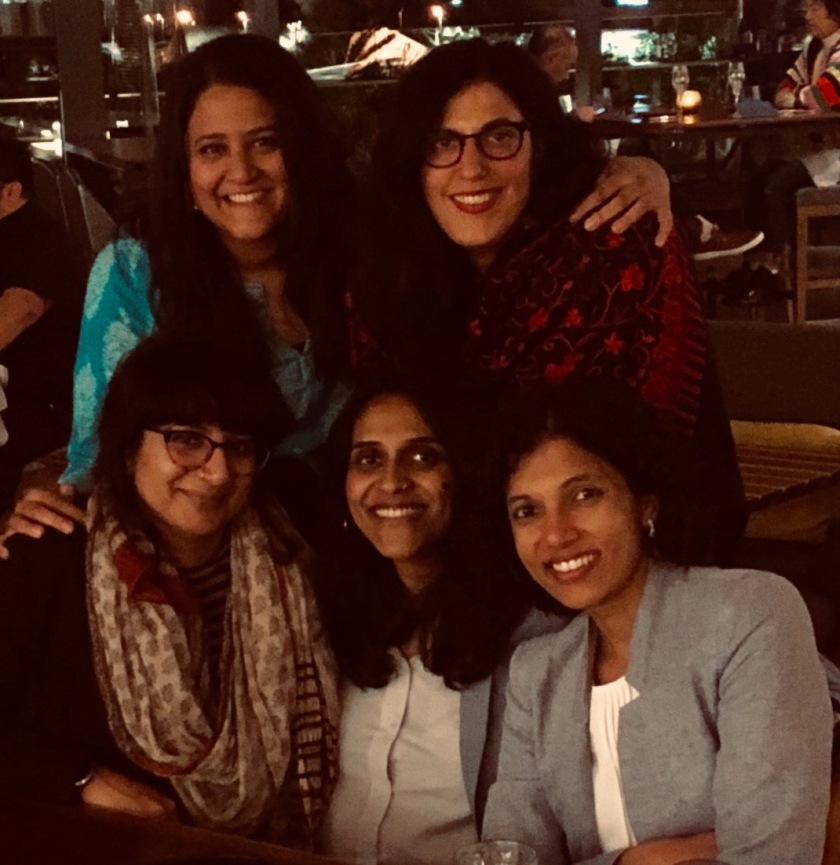 2 thoughts on “More than a Reading List: Challenging Anti-Black Racism in the Field of South Asian Religions”