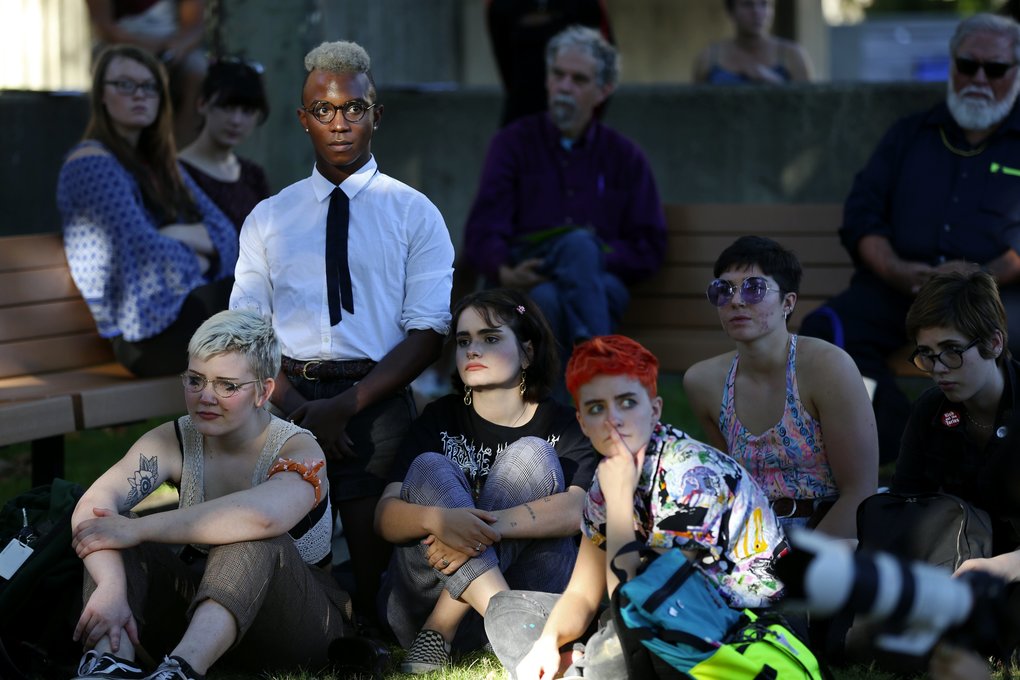 This week, we want to highlight an essay published this week, “I fought academia’s cult of civility and all I got was this lousy PTSD diagnosis” by Naima Lowe. In it, Dr. Lowe details how her efforts to defend students’ right to protest at Evergreen State College put her in the crosshairs of right-wing hate groups. Bombarded by hate mail and threats (some of which she reprints in this essay along with the graphic, racist images she was sent), she attempted to find institutional support. While her story reveals how institutions are not equipped to protect faculty members who are doxxed and threatened by outside groups, it also demonstrates how her institution was unwilling to help her and instead found ways to find her responsible: by deeming her behavior uncivil, by equating her anger about racism with the hate flooding her in-box, by claiming an institutional need to “remain neutral.” We were impressed by Dr. Lowe’s honesty and courage in publishing this searing account of her experiences. It is a singular story, but we think her analysis makes it useful for all of us, and we urge you to read it.