In this week’s links round up, we call attention to two sets of workers in the education field who have been organizing, striking, and demanding better working conditions: graduate students and K-12 teachers.

In the past few months, graduate students at various campuses across the nation have been demanding, among other things, better pay and better health insurance. Sometimes, as is the case at Columbia, striking for the right to unionize.

April 2018 vote by Penn State graduate students *not* to unionize

These first two articles provide helpful background information to the teacher strikes and actions: Paul Krugman’s op-ed argues that the recent history of tax cuts have had a big impact on teachers’ salaries and benefits, leading us to this present moment where “teachers, the people we count on to prepare our children for the future, are starting to feel like members of the working poor, unable to make ends meet unless they take second jobs.”  This piece by Bryce Covert talks about how over the past decade, teachers have been asked to do more with less, and how this policy has led to the kinds of strikes we are seeing. 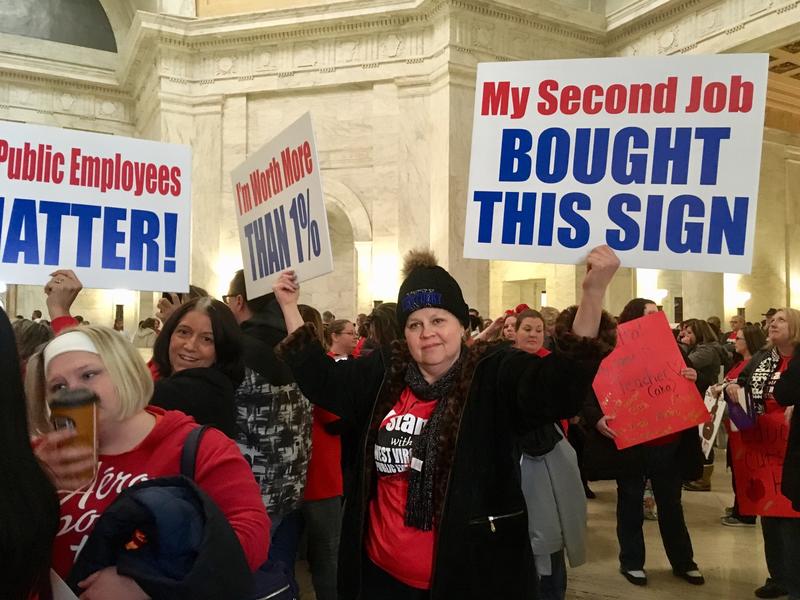 Information about the some of the specific teacher strikes:

We stand in solidarity with our colleagues in graduate schools and K-12 schools as they organize for change.